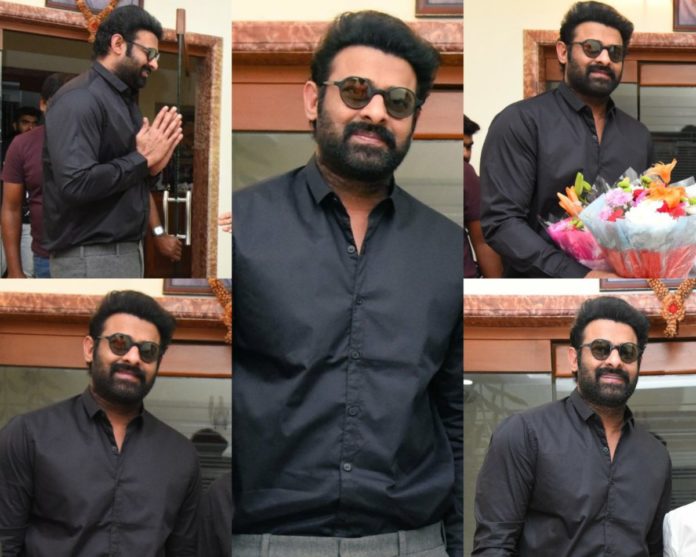 Much is being said about the looks and the body maintenance of Prabhas. However, the macho actor has shut down the trolls with his latest looks.

In his latest snaps, Prabhas looks uber cool as he nails the suave and dapper looks in a formal outfit.

Prabhas sports a black shirt and dark coloured pant and he looks as stylish as he ever was.

Prabhas launched the teaser of a film titled Kalakaar and this snap is from the same.