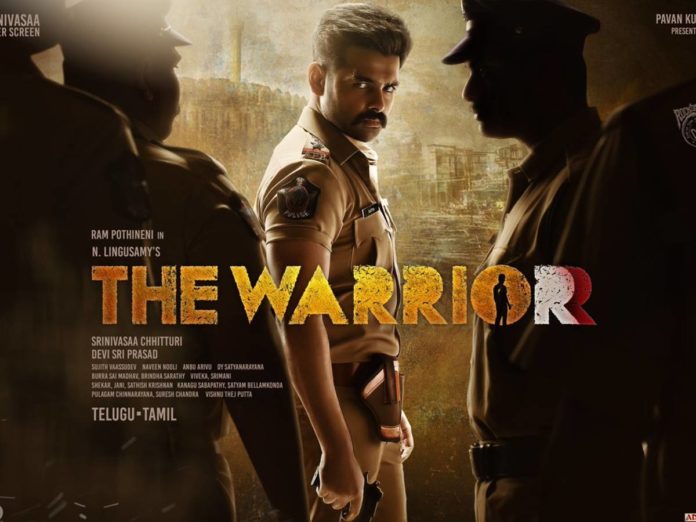 The other day, we revealed that Ram Pothineni’s upcoming film, which is tentatively called RAPO19, has been titled ‘The Warrior’. The makers of the film today unveiled the first look and confirmed the same.

The first look has the Ismat actor in cop avatar. It appears like Ram is playing a police officer for the first time in his career, and the poster promises an intriguing action drama.

Krithi Shetty, who rose to fame with Uppena, plays the female lead. As per reports, she will be seen in the role of a radio jockey. Aadhi Pinisetty plays the antagonist in the film, and his character is said to be the highlight of the film. Akshara Gowda is the second female lead. Jayaprakash will be seen in a supporting role.

Produced by Srinivasaa Chitturi, the shoot of the film has been completed 65 per cent. Sujith Vaassudev is the cinematographer, while Devi Sri Prasad is the composer of this film. More details about the cast and crew will be out soon.