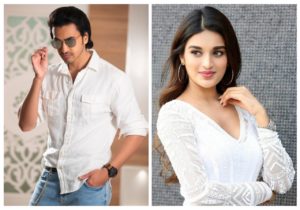 The other day, the debut of Ashok Galla, son of Guntur MP Galla Jayadev has been announced.

Now the makers of this film have locked the female lead and it’s Nidhhi Agerwal.

Recently she bagged her first Telugu blockbuster with ‘iSmart Shankar.’

On November 10th this film will go for a grand formal launch at Ramanaidu Studios.

Sriram Adittya will be directing Galla’s debut, touted to be a different entertainer.

Backed with technicians like Ghibran and Richard Prasad, the film will be produced by Amar Raja Media and Entertainment banner.

More details will be on the launch day.