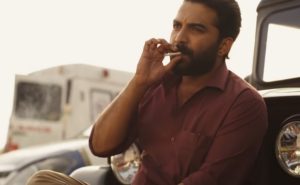 Ee Nagaraniki Yemaindi has given us another promising talent in Vishwak Sen Naidu. With Falaknuma Das he had proved that he can fit into all genres primarily mass and even love stories.

Nani didn’t waste time and offered him HIT and he wowed the audience with his performance. It is a difficult role to pull off and he gave it his best.

HIT might not be a huge commercial success but Nani as a producer benefited from it. In turn Vishwak is being flooded with many offers and also since most heroes are blocked for a few films through the year, he is the next go to person.

He is currently working on Bekkam Venugopal’s movie and the news is he will be doing a film to be directed by Karuna Kumar who made Palasa 1978. Karuna Kumar is in demand too with many production houses like GA2, Bhavya’s, Blue Planet and Bellamkonda Suresh asking him to direct their movies.

The director is seriously working on his script and is in no hurry to take it to the sets. His film is being appreciated by the netizens after it is streaming on OTT platform. People are of the opinion that it is sure to fetch a National Award.