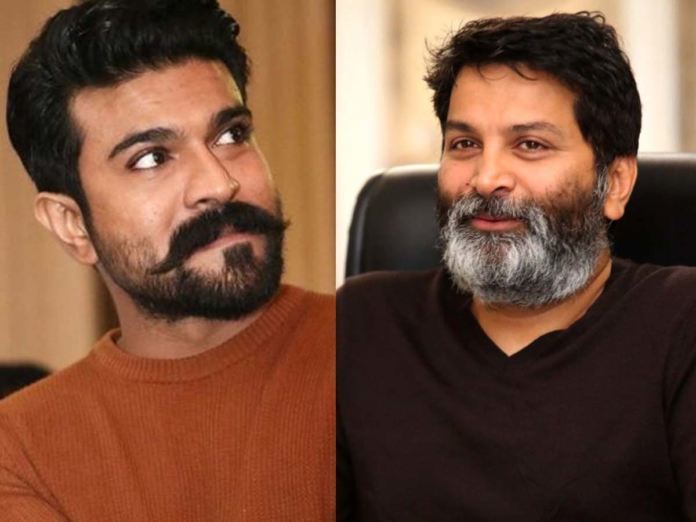 Ram Charan will next be seen in Rajamouli’s high-budget action entertainer, ‘Roudram Ranam Rudhiram’, popularly known as ‘RRR’. Charan and Jr NTR are playing lead roles in the film.

Incidentally, Jr NTR had already signed his next film after RRR. He will be working with Trivikram for a film, which is said to be based on the current political scenario.

However, Charan is yet to take the final decision on his next project. Jersey fame, Gautam Tinnanuri narrated a story to Charan but the latter politely turned it down.

Pressure mounted on Charan to sign a film after RRR and in a bid to put an end to the long wait, Charan has apparently approached Trivikram.

Reportedly, Charan asked Trivikram to pitch in a few storylines for their possible collaboration post RRR. Trivikram accepted Charan’s proposal and might be narrating a couple of stories to him soon.

On the other hand, Charan will sign a film with Trivikram if he likes the story and keep it in the pipeline. If he finds any other good story in the meanwhile, he will go ahead with the project and work with Trivikram later.