With ‘Ante Sundaraniki’ ending up as an average venture commercially, Natural star Nani has shifted his complete focus towards ‘Dasara’ which is being made by debut director Srikanth Odela. The makers kept the viewers updated about the progress till date and they have now announced that a new schedule has begun through a special poster.

A massive set was erected in Hyderabad for the shooting and the entire lead cast will be taking part in this lengthy schedule. The film’s story is set in a village situated in Singareni Coal Mines in Godavarikhani in the Peddapalli district. In the recently released poster, Nani is looking rustic in a rural mass avatar. He is seen standing on a coal mine with nothing but a lungi and baniyan on. With messy hair and beard, Nani is smoking bidi which makes him look very rough.

This is going to be Nani’s first pan-Indian project and he will be uttering his dialogues in the Telangana dialect which is going to be one of his biggest highlights. National Award-Winning actress Keerthy Suresh has paired opposite Nani in this rustic mass action entertainer. The film’s unit shot a huge action episode in the last schedule under action choreographer Anbariv master. Prem Rakshit master who shook the nation with ‘Naatu Naatu’ song has picturised a song between Nani and Keerthy with over 500 dancers.

Samuthirakani, Sai Kumar and Zarina Wahab are the important cast of the film. Spark Of Dasara glimpse received tremendous response and Nani’s mass getup and ferocious avatar amazed the viewers.Odela Srikanth is helming this project which is made under ‘SLV Cinemas’ banner by Sudhakar Cherukuri. Popular Tamil composer Santosh Narayanan scored the music and Naveen Nooli is the editor while Sathyan Sooryan ISC is the director of photography. It will be hitting the screens in Telugu, Tamil, Kannada, Malayalam and Hindi languages. 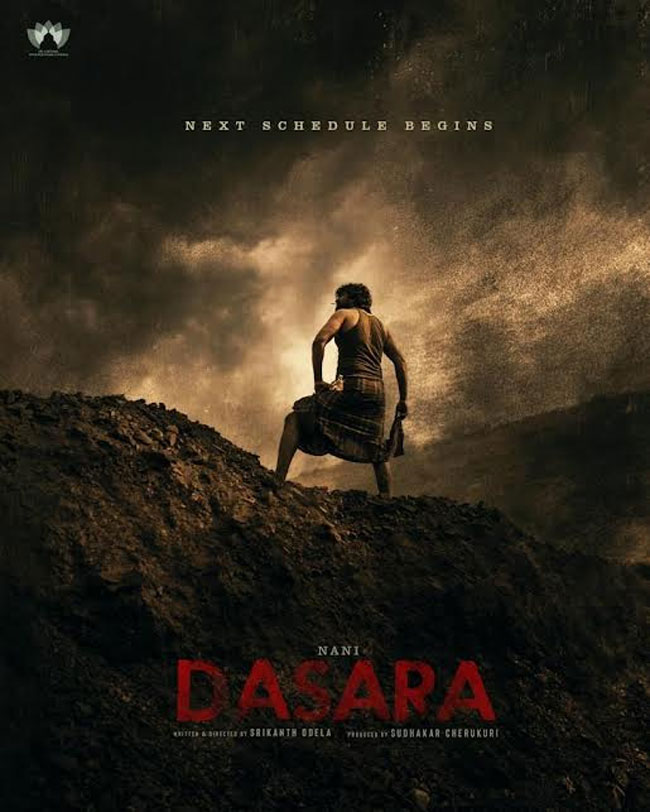