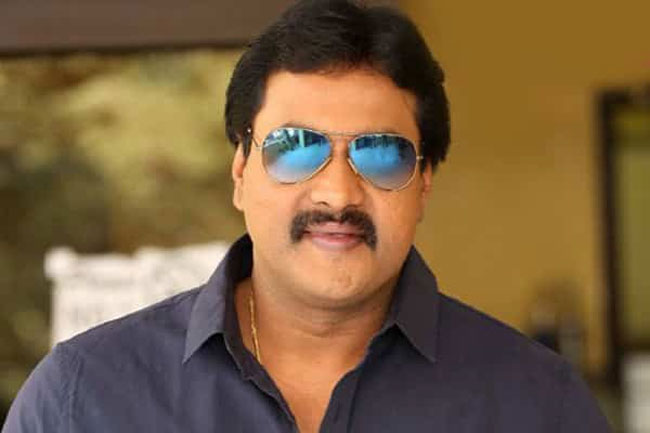 The combination of Venkatesh, Varun Tej, Anil Ravipudi and Dil Raju who have a blockbuster family entertainer like ‘F2’ in 2019 are coming back with ‘F3’ which is all set to release on May 27th. There are good expectations on this project which has Sirish as the producer and Devi Sri Prasad as the music composer. The trailer got a very good response and the entire team are promoting the film quite aggressively. Leading ladies Tamannaah Bhatia, Mehreen Kaur Pirzada and Sonal Chauhan gave interviews to the media apart from a few key technicians. Now, star character artist Sunil who played a very important role in this film has interacted with the media. He revealed some of his experiences, talked about his journey in films and his upcoming projects.

Talking about his film journey which is in its 25th year, Sunil said, “It is going great. I came in as a comedian and turned into a hero which brought out the dancer in him too. I developed a six pack and later turned into a villain too by playing negative roles in movies like ‘Pushpa’ and ‘Color Photo’. I have to thank the audience for accepting me all this time.”

Talking about ‘F3’, he said that he talked to Anil Ravipudi about working together and the director too wished for the same. Anil reportedly gave him a very good role which will present the vintage Sunil. He added, “I play a full-length role. I have scope for solo performance in the first half while it was a comedy with the entire group in the second half. Me and Varun Tej are a batch. Venkatesh, Raghubabu and others are one batch. Tamannaah and her family are a batch and we also have Pruthviraj, Stunt Siva, Murali Sharma, Srikanth Iyengar, Vennela Kishore, Rajendra Prasad and others who generate non-stop fun together. The fun in ‘F3’ will be higher than ‘F2’.”

Speaking about Varun Tej, he said, “Varun has a Hollywood cut-out. It is surprising to see him in a middle-class role. I know him since his childhood and there is no change in him even now. He calls me ‘Anna’ and his comic side will be on full display in this flick.” Sunil stated that working on ‘Pushpa’ and ‘F3’ at the same time was quite challenging as both roles were poles apart. One was a villain role while the other was a comic role.

He went on to say that he wishes to see more comedy films in Tollywood as it is more challenging but gives a lot of entertainment for the people. When asked about fulfilling his dream as a complete actor by playing versatile roles, Sunil said that there is still a lot to be done. He added that we will see tons of variations that we didn’t even attempt when we watch four of Kamal Hassan’s films.

Speaking about heroines, Sunil said that Tamannaah is highly energetic while Mehreen has an unknown innocence in her and Sonal Chauhan is sharp and sensible. Speaking about his other projects, he said that he is getting offers from Tamil, Kannada and Bollywood for villain roles. He is also getting comedy roles in the Hindi industry and he reportedly okayed two of them. The details will be coming out soon. Talking about his friend Trivikram, he said that he will be doing a key role in his next project as always. He added that Trivikram tries to insert me in his films all the time and gave the example of ‘Bheemla Nayak’ in which he was seen in a song.

Coming to future projects, Sunil is working in Megastar Chiranjeevi’s ‘Godfather’, Ram Charan and Shankar’s film and other 13 small and medium films. He said that he wants to be available to everyone which is why he is taking 10 small films along with 4 big films which come his way.