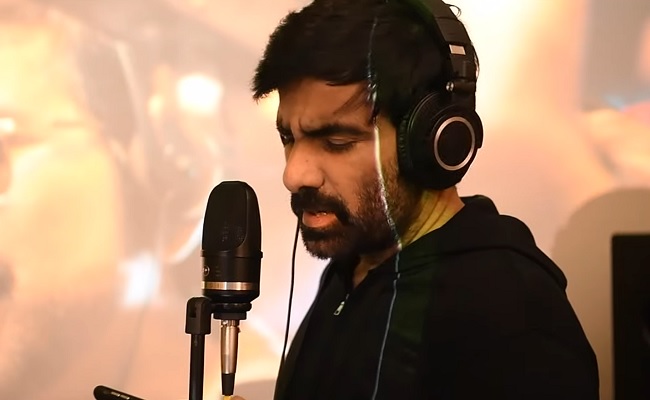 Thaman who has orchestrated the blockbuster success of Ala Vaikunthapurramuloo is currently in top form as a music director.

He is not hesitating to experiment with his composition and also the choice of singers.

Disco Raja seems to be a different musical album from Thaman as every song from it sounded unique.

The latest Disco number from Disco Raja was rendered by none other than the Disco King Bappilahiri himself.

Raviteja also joined to croon a few lines in it, but it is Bappilihari’s vocals that make this song sprcial.

The song is not an instant chartbuster and may take some time to grow on its listeners. The retro styled music and Bappilihari’s voice will help this song to have its own fan base.

Disco Raja is certainly grabbing the attention with its interesting promos and songs. It will be out in theaters from next Friday.