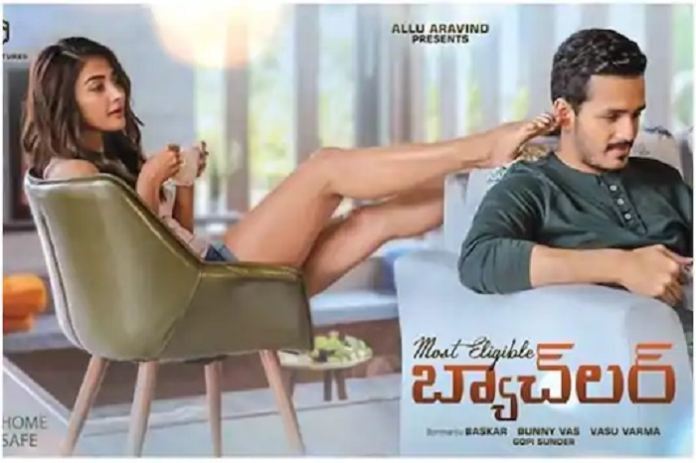 Akhil Akkineni is pinning high hopes on his upcoming film Most Eligible Bachelor which has Bommarillu Bhaskar at the helm. The film will be hitting the silver screens during 2021 Sankranthi season, as mentioned in the recently released poster.

Going into the story, Most Eligible Bachelor is said to be doing some pretty decent pre-release business.

Reportedly, the satellite rights of the film were acquired by MAA TV for Rs 6.5 crores. This is a decent deal, considering the financial crunch owing to Covid-19 pandemic and its imminent effects on Tollywood.

GA2 Pictures who are bankrolling the film are planning to recover at least 50% of their investment through non-theatrical business. They opine that theatrical revenues might not match the expectations post the Covid-19 crisis and are hoping that the digital, and dubbing rights will compensate for the same.

Akhil is yet to deliver a sizeable money-spinner at the ticket counters and the onus is on him to deliver with Most Eligible Bachelor.

The film has Pooja Hegde in lady lead role. Gopi Sundar is composing the tunes.