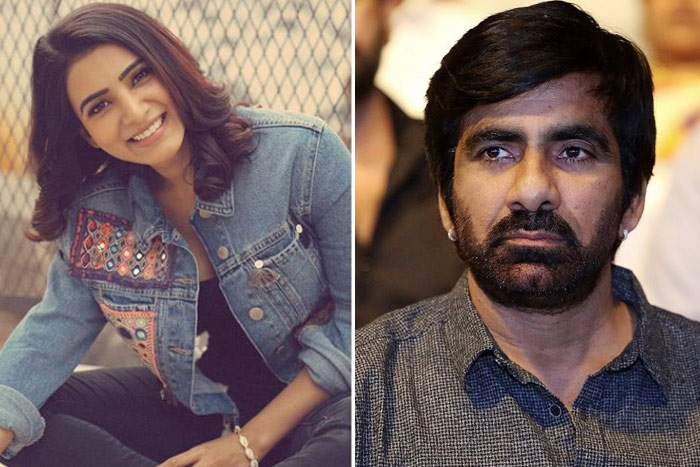 Of course, the producer of Disco Raja has announced that the second schedule of the film’s shooting will be kick started post the results of general elections get declared. But this Mass Raja starrer has another interesting lockout, if our sources are to be believed.

Director VI Anand is known for finding some interesting phenomenons for his films and somehow such ideas are getting clashed these days. Last time when he has come up with Okka Kshanam movie, the concept of Parallel Life is lifted from a Korean film, and the same film was remade by Anil Sunkara with another director and stars back then. While the controversy got resolved then, now Raviteja is worried that his film has a similar issue.

According to the grapevine, Samantha’s Oh Baby story is said to be quite similar to that of Raviteja’s Disco Raja as both deal with an old person getting magically transformed into a 20-year-old and dealing some issues. While Oh Baby is an official remake of Korean film Miss Granny, it looks like VI Anand’s film has an inspired crime comedy theme attached to it, says a source.

Reports have that Raviteja wants to wait till Oh Baby release, to find out if there are any major scene clashes, such that he could help VI Anand carve a different film for him. That’s why Disco Raja team wants to wait for Samantha’s showdown and all other proceedings are slowed down for the same.