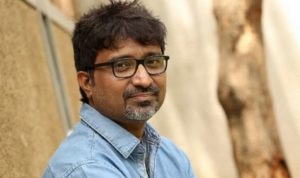 Mohan Krishna Indraganti hoped that his latest action thriller ‘V’ starring Nani would attain a good reception from the viewers, but that wasn’t to be. The film got a lukewarm response from netizens and many felt that Mohankrishna did not match his usual standards with this film. This left him disappointed and understandably so.

The latest news is that Mohankrishna Indraganti is apparently working on a love drama for his next project.

The proven director is said to be in talks with Naga Chaitanya for a sensible love drama and will be narrating him the script soon. Needless to say, feel-good love dramas are Mohankrishna’s forte and his recent film, Sammohanam proved the same.

Naga Chaitanya is impressed with the storyline that was narrated by Mohankrishna. He will be taking the final call on this project after Mohankrishna comes up with the final draft.

The Akkineni hero is presently busy with Sekhar Kammula’s Love Story. He will be collaborating with Vikram K Kumar for his next which has been titled Thank You. He might work with Mohankrishna Indraganti soon after, if things fall into place.

UP’s Hathras Police drawing a lot of scrutiny for covering up...