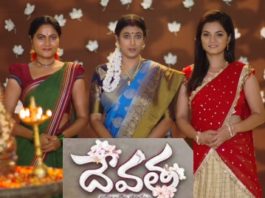 Naga Chaitanya and Sai Pallavi’s ‘Love Story’ directed by Sekhar Kammula is one of the crazy films releasing in the first half of 2021. Romantic movie lovers are eagerly waiting for this film and the two songs released till date brought a huge buzz. Chaitanya’s wife and star actress Samantha is going to release the third song named ‘Saranga Dariya’ on 28th February at 10:08 AM.

By looking at the recently released promo. Sai Pallavi looks stunning and shows off his wonderful dancing skills once again. Suddala Ashok Teja who wrote the lyrics of ‘Vachinde’ in ‘Fidaa’ has penned the lyrics of ‘Saranga Dariya’ too and Mangli gave her vocals.

Speaking of the film, Narayan Das Naran and P Ram Mohan Rao said that songs have always been very special in Sekhar Kammula’s films and Pawan CH came up some beautiful tunes in this film too. The first song ‘Hey Pilla’ got over 15 million views while the second song which came out on Valentine’s day garnered 3 million views. They stated that the third song ‘Saranga Dariya’ is going to the highlight of this movie and Sai Pallavi did an amazing job in it. They added that the film is in the last stages of post-production.

Produced by Sunil Narang and Ram Mohan Rao, ‘Love Story’ is hitting the screens on 16th April 2021. Both the lead actors will be seen as middle-class people who migrate to the city in search of opportunities in this film.