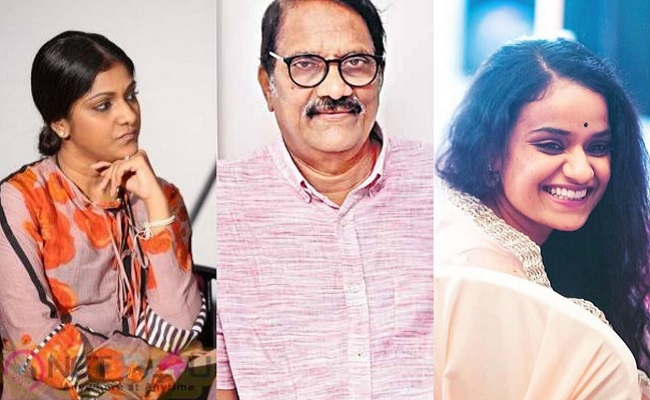 Perhaps, due to poor choices of script selection, the production house in the middle made some disasters and went through financial crisis.

Vyjayanthi Movies was even called as gone case.

The scenario was changed completely after Ashwini Dutt’s daughters Priyanka Dutt and Swapna Dutt took the mantle from their father.

The Dutt sisters who are passionate about filmmaking and have no aspirations, other than cinema like their father had begun their journey successfully with coming-of-age drama film Yevade Subrahmanyam.

They continued the success streak with Mahanati. Interestingly, both Yevade Subrahmanyam and Mahanati were critical acclaim and commercial hit movies.

Energized with the consecutive hits, they are now lining up some crazy projects.

Like never before, Vyjayanthi Movies is making numerous projects concurrently. And more importantly, they are of different genres.

Prabhas and Nag Ashwin’s Pan India film is the craziest project to be made with enormous budget.

Touted to be a sci-fi entertainer, Bollywood top actress Deepika Padukone is roped in as female lead for the film to generate additional hype in North belt.

Apart from it, they will be doing a film with Nandini Reddy and a film with Dulquer Salmaan under the direction of Hanu Raghavapudi was announced on the actor’s birthday.

Their other production venture Jaathi Ratnalu is nearing completion.

Priyanka and Swapna will be coming up with many such surprising announcements in coming days.

Industry folks after watching all these developments say daughters are making best efforts to bring back past glory to Vyjayanthi Movies that is celebrating a memorable 50 year journey in Indian Cinema.