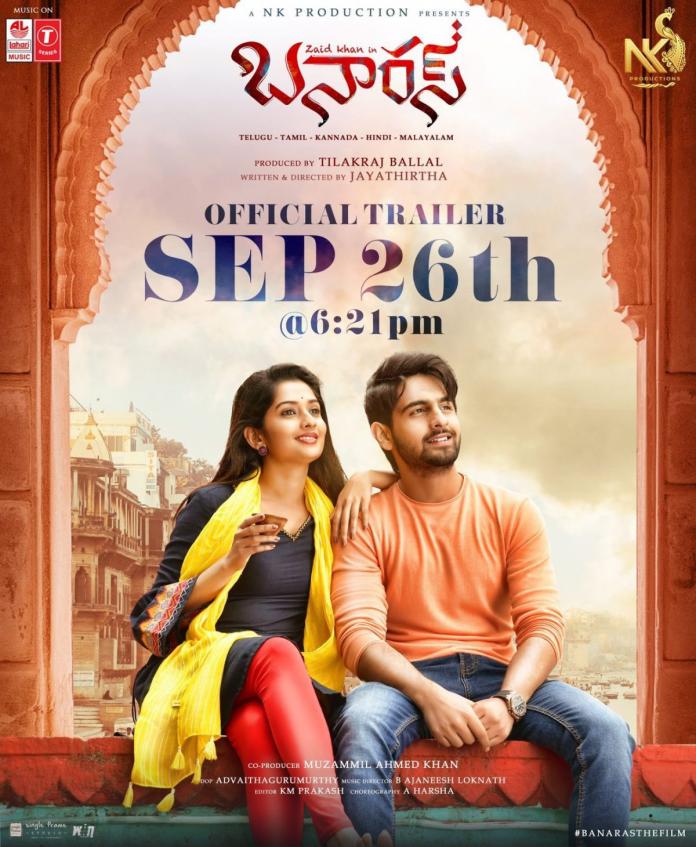 It is known that Zaid Khan, son of Karnataka’s 4-times MLA Zameer Ahmed, is making his film debut with a Pan India project ‘Banaras’, which is being directed by Jayathirtha of Bell Bottom fame. Billed to be a pleasant love story set in the backdrop of Banaras city, the movie is set to hit the screens in Hindi, Telugu, Tamil, Kannada and Malayalam languages on November 4th this year.

The makers have now a locked date to release the trailer of Banaras. It will be out on 26th September at 6:21 PM. The announcement poster features the lead pair Zaid Khan and Sonal Monteiro having a pleasant time and they look adorable together.

Produced by Tilakraj Ballal under the banner of NK Productions, the movie has music by Ajaneesh Loknath and cinematography by Advaitha Gurumurthy.