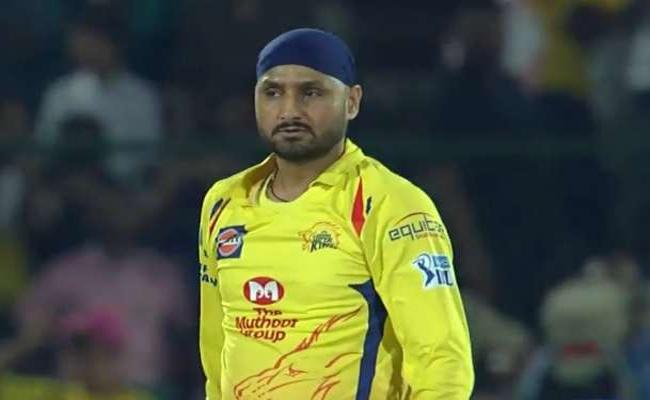 Hyderabad: Chennai Super Kings (CSK) spinner and out of favour India international Harbhajan Singh on Sunday slammed the team hotel staff for negligence ahead of their final against Mumbai Indians (MI) here.

Harbhajan wrote on his Twitter handle that the food was undercooked and no one took his calls at the reception.

“As much as I love staying with you @ITCHotels in all the other cities… I hate staying at #ITCKAKATIYA Hyderabad… No one cares about food being cooked properly or not… No one responds to the calls from duty manager to room service… They seem to be too busy for guests,” the 38-year-old World Cup winning off-spinner wrote.

Harbhajan has time and again turned the clock this season, snaring crucial wickets and helping CSK reach their record eighth final in 10 years (they were suspended for two years).

The World Cup winning India off-spinner has so far taken 16 wickets from 10 matches.

Fondly known as the ‘Turbanator’, Harbajan returned figures of 2/31 in Qualifier 2 on Friday night against Delhi Capitals as they were restricted to 147/9. Chennai then gunned down the target with six wickets in the bag.

Sunday’s match will be the fourth Indian Premier League (IPL) final between MI and CSK and both of them have a chance of winning the IPL for a record fourth time.