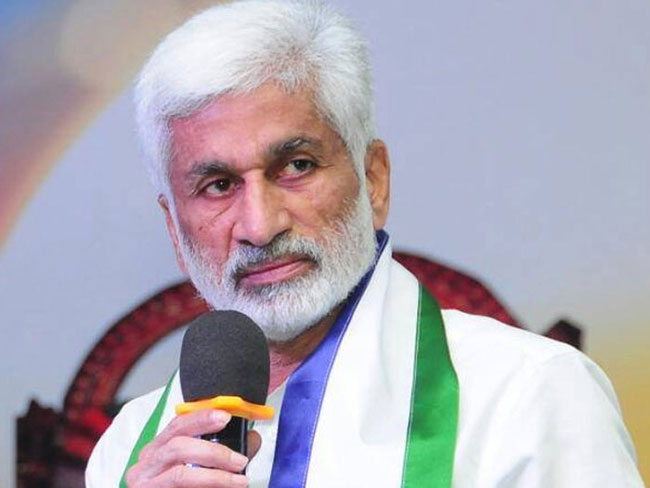 The talk of the town these days is about a person who duped several YSRCP leaders by claiming himself to be the personal secretary of YSRCP senior leader V Vijay Sai Reddy. This man claimed to be the PS of Vijay Sai and collected several lakhs of rupees with the promise of getting them jobs in the collectorate. The issue came to light when a person from Guntur lodged a complaint with the authorities in Guntur.

In his complaint, the person in question, identified as joint secretary of Guntur lok Sabha constituency for the YSRCP Naga Venkatamohan , said that he came into contact with one G Nagendra Babu, who claimed he was the PS of MP Vijay Sai Reddy. He told Venkata Mohan that there were several backlog posts in the colleges of the north Andhra districts. Accordingly, Venkatamohan recommended several names to him. Nagendra Babu collected considerable amounts from the applicants and later began avoiding them on some pretext or the other.

An alarmed Venkatamohan made enquiries in Vijaysai Reddy’s office and to his shock found that there was no person by that name in the office of the MP. Later, he got a phone call from Nagendra Babu, who threatened him with dire consequences if he made any inquiries about him. He said he would commit suicide if he tried to get him arrested.

Left with no option, Venkatamohan approached the Guntur district collector during his weekly Spandana programme and lodged a complaint. The police are now investigating.