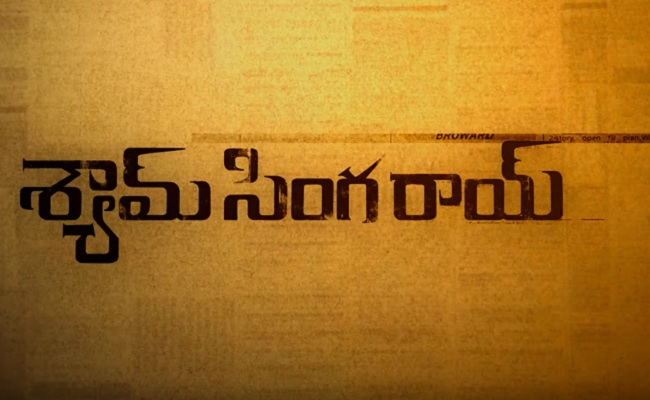 Marking Natural Star Nani’s birthday, title of his new film has been unveiled.The film gets an interesting title- Shyam Singha Roy. This indeed is Nani’s charcter name in the film.

The announcement is made with a small and intriguing video. Directed by Rahul Sankrityan of Taxi Wala fame, the film is announced to be released on December 25, on Christmas eve.

Naga Vamsi of Sithara Entertainments is bankrolling the 27th film of Nani.