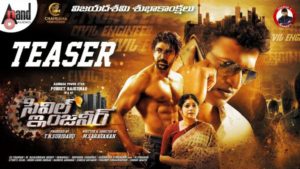 Kannada Powerstar Late. Puneeth Rajkumar’s powerful performances and electrifying dance moves have made an impact not only in Kannada but also in the Indian film industry. “Yuva Ratna,” his previous film, was released in both Kannada and Telugu. The Telugu audience also well liked the film.

On Dussehra eve, the makers released a powerful teaser for the film Civil Engineer. The teaser featured all of the commercial elements, but the arresting background score by sensational music director SS Thaman wowed everyone.