Advertisement
Home News Film News Chiru – What About My Guru? 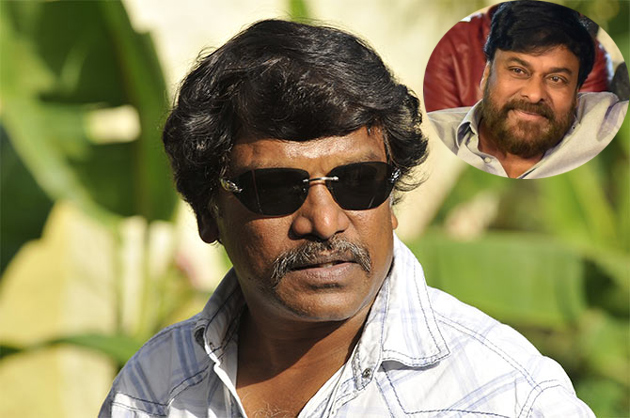 ‘Sye Raa’ shoot has neared completion. Konidela Productions will be announcing the release date depending on the pace with which post-production work is going on. Megastar has already made up his mind to work with Koratala Siva for his 152nd Movie. Just alike his previous flick, Koratala came up with a commercial subject with undercurrent social message.

Even before the release of ‘Sye Raa’, Several Directors are competing to direct a film starring Chiranjeevi. Krishna Vamshi prepared a script keeping Megastar in mind and it’s been titled ‘Vandemataram’. Chiru thought of doing it at one point but eventually preferred ‘Shankardada Zindabad’.

Krishna Vamsi has been going through a rough patch since many years. ‘Govindudu Andarivaadele’ is the only decent film he delivered in the past decade. Even the attempts made to cast Balakrishna in ‘Rythu’ hasn’t materialised.

Young Director Sri Vastav, a protege of Krishna Vamsi, questioned Chiranjeevi about the promise he offered to his Mentor regarding ‘Vandemataram’ and whether if the fear of failure is preventing him from honouring it.

Success matters the most in Film Industry. Even if Chiru does the film, Distributors and Exhibitors who are aware of the track record of Krishna Vamshi won’t be offering fancy prices. Doesn’t someone like Megastar has to do a project on a tight budget at this stage?