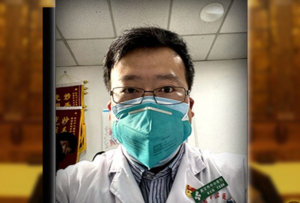 The 34-year-old Li Wenliang, the first doctor to warn China government of the deadly coronavirus outbreak dies due to the same virus. He suspected Sars-like illness spreading in Wuhan, however, he was infected by the coronavirus and died on Thursday. Wenliang was an ophthalmologist at the Wuhan Central Hospital.

It is said that he first shared his opinions with his friends about a viral infection spreading rapidly in Wuhan through private messages around December 30. Through a Chinese texting app, WeChat, Wenliang told other doctors that seven patients who admitted in his hospital show Sars-like symptoms. He also revealed all seven of them ate animal meat from the same seafood market in Hubei.

Li explained that, according to a test he had seen, the illness was a coronavirus — a large family of viruses that includes severe acute respiratory syndrome (SARS) which led to 800 death in China and the world in 2003. Unfortunately, Li, who was treating a patient affected with coronavirus, gets the infection transmitted to him.

Later, he too showed the same symptoms i.e., coughing, shortness of breath and fever. He was admitted to hospital on January 12, leaving his health in worse condition. Li’s diagnosis of coronavirus was only confirmed on February 1 and he died five days later.