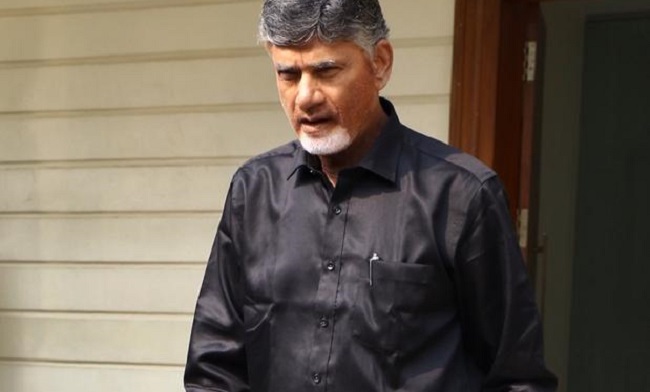 Amaravati: Andhra Pradesh Chief Minister N. Chandrababu Naidu is likely to stage a protest in Delhi later on Friday over Election Commission’s (EC) decision to hold re-poll in five polling booths in one of the Lok Sabha constituencies in the state.

Naidu alleged that the EC once again showed its bias by ignoring the TDP demand for re-poll while accepting a similar demand by YSR Congress Party (YSRCP) more than a month after the polling.

TDP sources said after submitting the memorandum, Naidu may stage a sit-in in the national capital to protest the EC’s decision.

The poll body on Wednesday decided to conduct re-polling in five polling booths in five polling stations in Chandragiri Assembly segment, which is a part of Chittoor Lok Sabha constituency

Re-polling in these five booths for both Chandragiri Assembly seat and Chittoor (Scheduled Caste) Lok Sabha seat will be held between 7 a.m. and 5 p.m. on May 19.

This followed complaint by outgoing MLA from Chandragiri and YSR Congress Party candidate Chevireddy Bhaskar Reddy that voters of one particular community were not allowed to cast their votes on April 11.

Earlier on May 6, re-polling was held in five polling booths spread over three districts.

Polling to 175-member Assembly and all 25 Lok Sabha constituencies in the state were held in a single phase on April 11.

Meanwhile, tension is building up in Chandragiri where re-polling is scheduled on Sunday. TDP has alleged that YSRCP candidate was bringing outsiders to influence the polling.