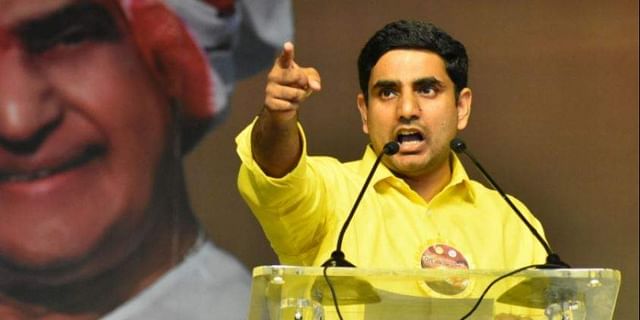 VIJAYAWADA: Guntur Urban police on Wednesday registered cases against TDP general secretary and MLC Nara Lokesh and other party leaders for allegedly attacking an inspector of police at the TDP headquarters at Mangalagiri on Tuesday.

The inspector, in his complaint to the police, alleged that he was abused in the name of his caste, punched and kicked by Lokesh and others. A case under various Sections of the IPC including Section 307 (attempt to murder) and others and also under the SC/ST Prevention of Atrocities Act has been registered against Lokesh and others.

While Lokesh was named as accused no 1 in the case, another MLC P Ashok Babu and former MLAs Alapati Raja and Tenali Sravan were named as the other accused.

Lokesh and others punched and kicked Naik till he fell unconscious, the FIR said, adding Naik found himself confined in a room when he regained consciousness.