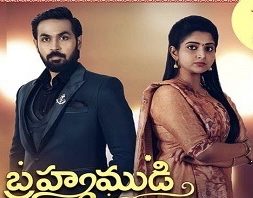 The Bollywood industry is going through a rough patch in recent times. Even big stars failed at the box office, and on top of that, this boycott trend is impacting the performances of the films. But a film overcame all these issues and gave a big relief to the Bollywood industry.

Earlier, pan-Indian films like Baahubali and K.G.F. saw big collections at that level. But Pathaan even surpassed the collections of the two films. No competition from other films also helped the Shah Rukh Khan starrer, and Pathaan banked heavily on this.

Pathaan is one of the much-awaited films. The trailer increased expectations. The controversy due to the Besharam Rang also helped the film to get the much-needed promotion. All these factors resulted in Pathaan recording good numbers in early bookings in Book My Show.

Not just in Bollywood, but even in the southern states, Pathaan saw a good craze in bookings. Mouth talk was also positive for the film, and this helped the film. Compared to the domestic market, Pathaan recorded good collections overseas.

Overseas is one of the biggest markets for Bollywood, and the Khan heroes enjoy a massive craze there. The engaging content Pathaan offered also played a role in making it a big hit.

Pathaan is a spy thriller written and directed by Siddharth Anand. Aditya Chopra bankrolled the film under Yash Raj Films on a large scale. Deepika Padukone played the leading lady while John Abraham is the baddie. Besides Hindi, Pathaan had a grand release in Telugu and Tamil.