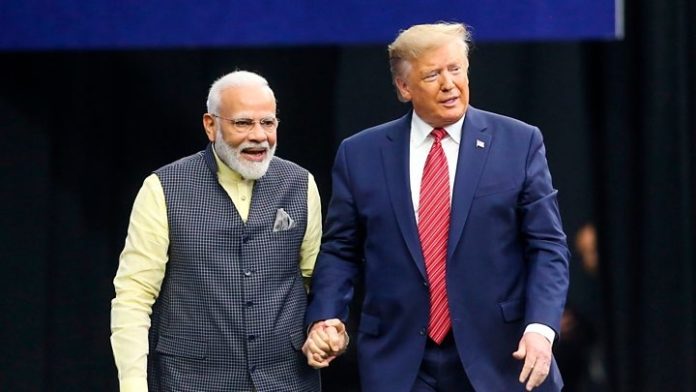 Donald Trump’s India tour is a hot topic in the country and so far this visit has been a successful one. Trump presided over a huge meeting in the world’s largest Motera Stadium in Ahmedabad and said that he signed a deal with Indian Prime Minister Narendra Modi under which India will buy defensive equipment from America for three billion dollars.

Under this deal, 20,000 crore rupees will be transferred to America from India. Everyone thought that Trump’s tour to India corresponds mutual benefits but no element of favour was visible for India so far. Along with that Trump will contest in the president elections that will happen at the end of the year.

A huge number of green card holders in America are from India and the settled Indians in U.S.A are in large proportions. So, as most of the foreigners have good opinion on BJP, Trump can lure maximum percentage of Indians for the elections. On the other side, Modi is looking to market this situation by upping his mileage citing American President’s visit.

Trump hailed Modi more than any aspirant BJP MLA that will do a lot of good to Modi and Trump will return to America with billions of dollars and thousands of votes.