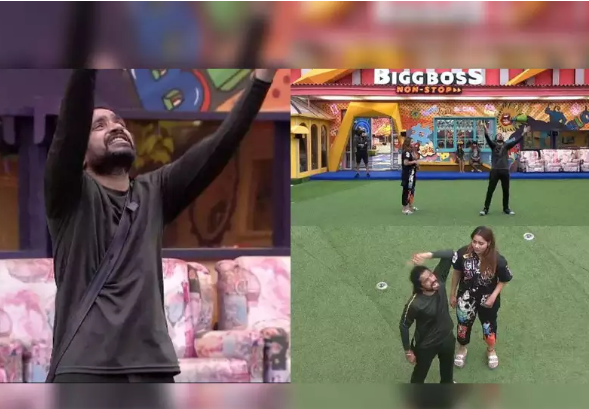 In the latest episode of Bigg Boss Non-Stop, Bindu shared with Shiva that she is genuinely not feeling like apologising to Nataraj.
As per the next challenge in the BB Village task, there was a flower shower timely and contestants had to gather and plant a maximum number of flowers in their respective frames. The contestant with the least score after every round got eliminated from the race but they can support another contestant in the race. Ariayana was the sanchalak of the task.
In the first round, the contestants rushed to pick flowers in the storeroom as well. Baba Bhaskar and Mithraw were eliminated from the race with the lowest score. Bindu and Shiva got eliminated next.
Nataraj and Akhil had differences during the task. Nataraj felt Akhil ditched him during the task.
Anil won the last round to win a chance to appeal for votes.
Nataraj got extremely emotional as he lost in the game. He complained that he will never get the support of his housemates. Akhil and Nataraj got into a fight.
Dr. Rajasekhar, Jeevitha, and Anup Rubens entered the BB house to promote their film. The housemates performed some fun tasks given by the guests. Rajasekhar, Jeevitha, and Anup left the house after spending some quality time.
Anil then made an earnest plea to the public to vote for him.