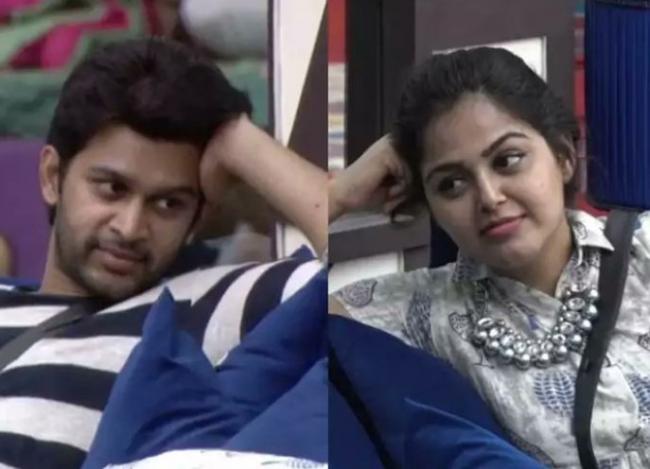 Certainly people at home want to watch drama more than the simple plain – “what he said” and “what she said” kind of documentary approach, even in reality shows. They want conflicts to build, people to conspire and some one to be grossly wrong and some one to be right. They want romance, some intense action and loads of fun.

Contestants want to take blame upon themselves more often. At least in these early stages, we can see that is their strategy. No one wants to be seen as villain of the house or get any negative feedback from viewers.

Hence, the existent drama did not receive enough positive feedback. But with Monal Gujjar and Abhijeet, Monal Gujjar and Akhil, Abhijeet and Harika romance tracks flourishing, the show seems to have found more audiences talking about it.

The impact of these budding love tracks is visible as people started talking about them on social media. Some like Monal Gujjar with Abhijeet and some like Harika & Abhijeet together. If these tracks really flourish, then they may provide great reality drama for Season 4 to become a highly popular one too.

Gangavva, Kumar Sai – the new wild card entrant, Amma Rajasekhar seem to be providing enough fun element for people to be glued. Somehow Noel Sean, Ariyana seem to be getting on the nerves of the regular viewers.

On the whole, the starting day of second week of Bigg Boss Season 4, seems to have sowed seeds for long term drama and it got the attention of the audiences more than the first week episodes.