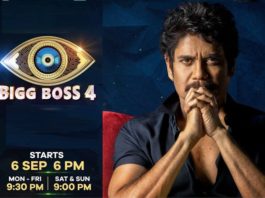 Participants entered the show in the same order as below:

Monal Gajjar – She is known as the heroine of Allari Naresh’s Sudigadu movie. She was the first one to enter the house this season. She seems to be having issues in speaking Telugu fluently

Surya Kiran – He is known as the director of Sumanth’s ‘Satyam’ movie. Though his debut movie was a blockbuster hit, he couldn’t sustain success.

Anchor Lasya Reddy – She is a well-known anchor of the Maa Music channel. She revealed she is from Kadapa district.

Abijeet – He is very commonly known as hero of Shekhar Kammula’s ‘Life is Beautiful’ movie.

Jordar Sujatha – She became popular with ‘Jordaar news’ show in HMTV. Her Telangana accent and the way she carries the show earned her many fans. Social media sensation

Mehboob – He became popular with social media platforms like TikTok and Instagram. He has around 2 million fans on his handles.

TV9 Devi – No need of any introduction for her. But she frankly admitted that she came to the show mainly for money as she has some EMIs to pay for.

Dhettadi Harika – She is also very popular in youtube and has millions of followers. Her shows got cumulative views of 2 crores approximately.

Ariyana Glory – She was anchor in Gemini comedy and Khushi tv but she became popular recently with her interview with RGV. There is a minor twist that Sohail and Ariyana will be in a secret room for a few days and enter the Bigg boss house at a later point.

Amma Rajasekhar – He is a very popular choreographer and he turned director with Gopichand’s ‘Ranam’ movie. Even though his debut movie was a blockbuster hit, he couldn’t sustain his success.

Karate Kalyani: She is a well-known character artiste and her performance in Ravi Teja’s ‘Krishna’ movie is still remembered by the audience.

Singer Noel – is a well-known singer and he also acted in some of the movies like Magadheera, Kumari 21F, and Eega. He married actress Esther a year ago but recently clarified that they were officially divorced now.

Akhil Sarthak – He participated and runner up in the ‘Most desirable men’ contest in Hyderabad. He acted in TV serials.

Gangavva – She is very popular as YouTuber and many stars of Tollywood appreciated her. She is introduced as a special contest of the season. Ever since Bollywood actor Sushant Singh Rajput suddenly passed away, things have not been same for the industry, and new angles regarding many things have been coming out in the various investigations that have been done ever since then.

Rhea Chakraborty, Sushant’s girlfriend, and her brother, Showik Chakraborty had been arrested by the Narcotics Control Bureau after it was found that they not only took drugs, but also got Sushant to use them. It has been said that Rhea took the names of 25 Bollywood celebrities during her investigation, saying that they too took drugs on a regular basis.

Recently, the NCB has summoned Sara Ali Khan and Shraddha Kapoor for investigation into the matter, as Rhea took Sara’s name as a drug user. As for Shraddha, she has been summoned because she was a part of Sushant’s house party following the success of Chhichhore, during which drugs were used.

Just yesterday it was announced that Deepika Padukone’s manager was sent a notice by the NCB, as she too reportedly uses drugs. It is also being said that Deepika will also be sent a notice very soon, as the NCB has chats of the actress, linked to drug usage.

Now, in a shocking turn of events, Tollywood Superstar Mahesh Babu’s wife Namrata Shirodkar’s name is circulating in Bollywood media, where it is being said that she too is a drug user. The NCB is said to have found Namrata’s chats with prominent Talent Manager Jay Shah, where there is a strong indication of Namrata’s drug usage.

As of now, there’s no more information about this matter, and it is to be seen which direction this will head towards.