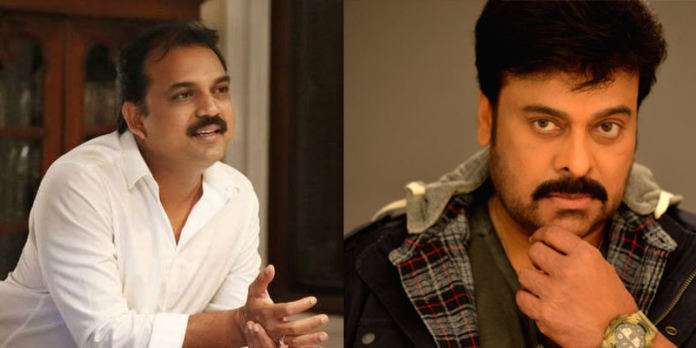 Corona pandemic is booming rampantly and spreading across the country. The central and state governments have announced a lockdown for the virus consecutively in four phases. Due to this, all the movie shootings and serial shooting have been shelved. For the past two months, movie stars including many film fraternity people have been confined to homes remaining clueless.

However, of late, Telangana Cinematography Minister Talasani Srinivas Yadav has reportedly met Chiranjeevi at his home in the presence of other Tollywood bigwigs and had a brain storming session. Telangana government finally gave permit for the shooting with certain precautions from June 1st week. The government should be informed in advance of the measures to be taken on this occasion. This news gave a huge respite to the film buffs from the doldrums.

Now the latest buzz is that Chiranjeevi’s much awaited film Acharya is going on sets from June 15 and it’s heard that Ramcharan, who is the producer is making all necessary arrangements for the shoot as per the government’s directives in view of covid-19.

After lockdown, this is one of the massive budget films that’s going to recommence it’s shoot schedule, followed by Rajamouli’s RRR. The buzz is that the director is waiting for the dates from other actors for resuming the film’s shoot.

In case of Chiranjeevi and Koratala Siva’s film, the premise of the film runs in portraying how neglecting the safeguarding of temples can have a negative impact on society. In which Chiranjeevi would feature as an employee of the Devalaya Dharmadaya Department. Glam doll Kajal is paired up in the female lead role. While Matinee entertainments and konidella productions are bankrolling the project jointly.