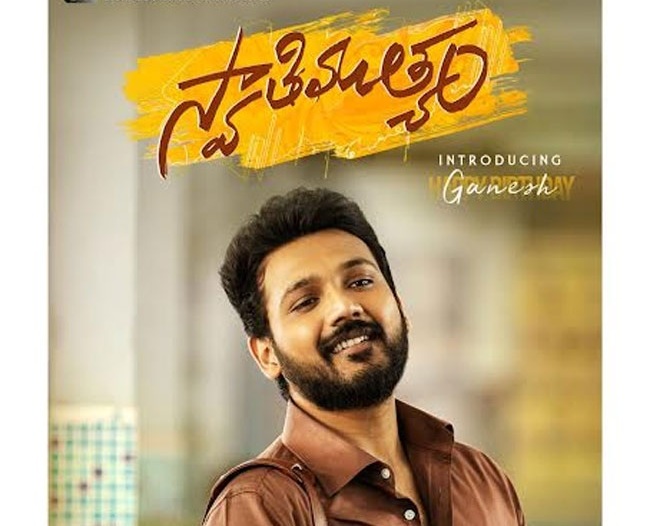 The Bellamkonda heroes are currently busy with multiple projects. While Bellamkonda Srinivas is working on ‘Chatrapathi’ Hindi remake, his younger brother Ganesh Bellamkonda is showing his speed with three films. All of them are in various stages of production.

On the occasion of his birthday, Sithara Entertainments banner who are bankrolling one of Ganesh’s three projects have released a special poster. They wished him and revealed that the title of the movie is ‘Swathi Muthyam’. The first look poster looks cool with Ganesh perfectly fitting the bill of a youngster going to the office with a bag hanging on his shoulder.

As we know, ‘Swathi Muthyam’ is an iconic film in Telugu which had Kamal Hassan delivering one of his best performances. Legendary K Vishwanath directed it. Opting for such a title during the early stages of his career is quite risky and let us see if he manages to reach the expectations that comes with the title or not.

Lakshman K Krishna is the director while Suryadevara Naga Vamsi is the producer. This family entertainer has Varsha Bollamma playing the female lead while Mani Sharma’s son Mahati Swara Sagar is the music composer. The shooting is almost done and the release date is expected to come out soon.