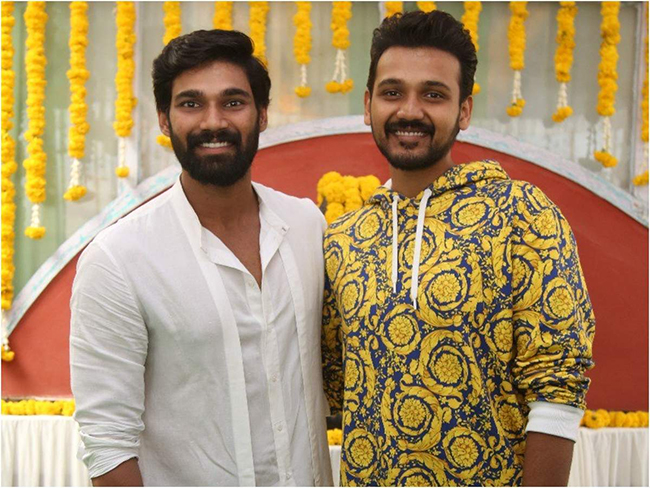 Usually, when the older brother sets foot in the film industry and creates an image for himself, the younger brother tries to follow the same path as the success formula is already written. Despite not having many hits, young hero Bellamonda Srinivas created a name for himself in Tollywood. Right from his first film ‘Alludu Seenu’, he aimed for the commercial hero image and secured it. Apart from selecting a few unique characters like ‘Rakshasudu’ and ‘Sita’, he mostly worked in action entertainers like ‘Speedunnodu’, ‘Kavacham’, ‘Saakshyam’, ‘Jaya Janaki Nayaka’ and others.

His action films get huge reception in Hindi and it is the reason why he is making his debut in Bollywood with the ‘Chatrapathi’ remake under VV Vinayak’s direction. It is quite easy for Bellomkonda Ganesh to take the same path and achieve success but he decided to travel in a different path. He is all set to make his debut on October 5th with a complete family entertainer titled ‘Swathimuthyam’. The trailer showcases that there is no hint of heroism in this film and Ganesh plays the role of an innocent and confused boy next door.

The trailer begins in a regular fashion where the boy sees a girl and falls for her. The girl reciprocates those feelings and the endearing chemistry is a delight to watch. The twist in the tale arrives with the protagonist bringing a lot of confusion and drama before the marriage. The twist and the conflict point of the story has been kept under wraps and the entertainment is projected well in the trailer. It raised the expectations on the film and promises a complete family package with beautiful love story, good family emotions and loads of entertainment.

The audience are yet to gain confidence but if ‘Swathimuthyam’ manages to get a positive response, it will surely benefit the young hero’s career. Let us wait and see what happens.

This interesting romantic entertainer is produced under Sithara Entertainments by Suryadevara Naga Vamsi while Lakshman K Krishna is the director. Mahati Swara Sagat is composing the music while Surya is the cinematographer. Avinash Koll is the art director while Navin Nooli will be editing this movie.