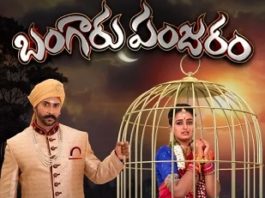 The teaser of Gopichand‘s upcoming film ‘Seetimaarr‘ with director Sampath Nandi was unveiled on Monday and it is now making noise on the internet.

The teaser features the Macho hero in a stylish avatar. Based on the Kabaddi backdrop, the director gave it a commercial touch with intense fights and mass dialogues, aiming at the pulse of the masses.

Gopichand and Tamannaah play Kabaddi coaches i.e., Karthi and Jwala Reddy respectively in this film. Gopichand rocked the show with a solid look with a big moustache and a slight beard. Mani Sharma’s background music is a highlight for the teaser.

Going by the teaser, we can understand that Gopichand and Sampath Nandi are aiming to score big at the box office. Produced by Srinivasaa Chitturi, the film is slated for release on April 2nd.