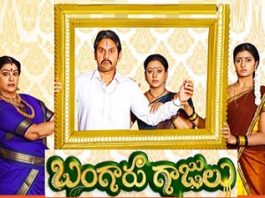 Pawan Kalyan’s affiliation towards the politics disappointed his fans as they thought they would never see him on screen again. But the actor has announced his comeback with Dil Raju and Boney Kapoor film, Vakeel Saab.

He then announced that he would be doing movies with Krish for Mega Surya Productions, Harish Shankar for Mythri Movie Makers, Surender Reddy for Ram Talluri. And recently, producer Bandla Ganesh announced a movie with Pawan Kalyan too.

On top of all these, we hear that he gave commitment to Haarika & Hassine Creations to act in another film in their production while doing Agnyathavasi. Who will direct it? Trivikram Srinivas or some other director, we can’t say yet.

Fans wonder how can Pawan Kalyan fulfill all these commitments as he prefers to keep himself active in politics as well. He doesn’t have a great reputation in completing films in less time too.

Even stars like Nani, Vijay Devarakonda, Akkineni Naga Chaitanya and established heros like Nikhil Siddhartha, Ravi Teja are not sure about giving commitments to so many producers, especially with Covid threat still looming around.

Pawan Kalyan has to finish these movies by 2023 as well, to be ready for 2024 elections. Looks like the actor wants to keep himself busy on sets in coming days by reacting to important political moments in the Telugu states. Let’s see if we get a Pawan Kalyan movie every 6 months, going forward.