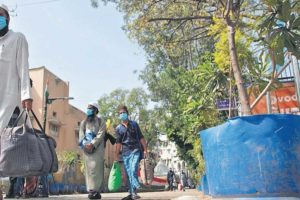 The state of Andhra Pradesh has reported the first death due to Corona virus. The deceased is identified as 55 years old Shaik Subhani from Vijayawada. Subhani’s son had attended the Taglibhi Jamaat event in Nizamuddin, New Delhi.

Subhani’s son returned to Vijayawada on March 17th and Corona has contracted Subhani from son. As the news broke out, Subhani and her son were sent to quarantine. However, Subhani had other health issues too and so she could not recover from the virus.

The Andhra Pradesh government has acknowledged the first death of Corona virus. Meanwhile, the officials have sent 29 people into quarantine who have come in contact with Subhani and son.

With the first death getting reported, high alert is being imposed in Vijayawada. The police are looking after the lockdown and urging people to stay indoors.