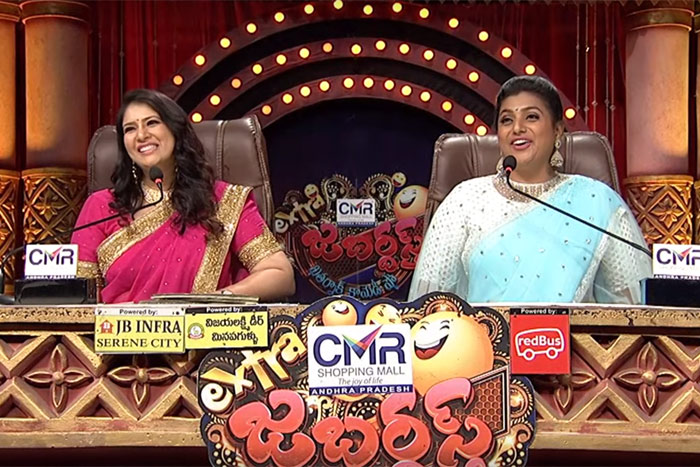 One of the most popular yet facing the controversy axe, is the comedy show Jabardasth. Though new faces are quite common among the teams and teammates, very rarely we see Nagababu and Roja leaving their judge seats.

Due to general elections in Andhra Pradesh and with both Nagababu and Roja contesting the election, they have taken a break from the show, giving the mantle to Sekhar Master, Jani and Meena. However, Roja has returned to the show in quick time and is throwing judgements from the last couple of weeks along with Meena. But here’s another change to the judges’ team.

Now, Meena has finished her short stint on Jabardasth it looks like and her chair is now occupied by another heroine of her times, Kannada beauty Sanghavi. This Mysore girl is famous for films like Taj Mahal, Aaha, Samarasimha Reddy and Mrugaraju. She’s now going to sit by Roja’s side for a couple of episodes until Nagababu replaces her.

Buzz has that the mega brother will come back to the show only after election results get announced.