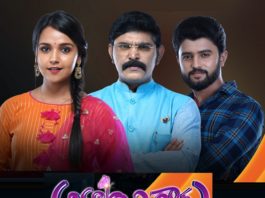 It is well known that Megastar Chiranjeevi’s ‘Waltair Veerayya’ and Nandamuri Balakrishna’s ‘Veera Simha Reddy’ are going to lock horns with each other during the Sankranti season. Though Vijay’s ‘Varasudu’ and a few other movies are arriving at the same time, it is these two films that are stealing the entire limelight.

As we know, the team of ‘Veera Simha Reddy’ have already announced through a poster that they will be arriving on 12th January 2023. The expectations are sky-high on this movie and the promotional content is getting a huge response. The ‘Jai Balayya’ song turned out to be a hit already and the makers announced that the shooting for the talkie part has been done. There is only one song left to shoot and the post-production works are already underway.

Now, the team of Megastar’s ‘Waltair Veerayya’ announced that the film will be hitting the big screens worldwide on 13th January 2023. The film’s shoot is in the last stages and the production works are presently underway in Hyderabad. he release date poster presents Chiranjeevi in a vintage mass avatar in a lungi and vibrant shirt with a headband on. He is seen riding a boat in the ocean on a rainy day. The ‘Boss Party’ song turned out to be a good hit and DSP is gearing up to release the rest of the songs as well.

Coming to ‘Veera Simha Reddy’, Shruti Haasan playing the leading lady opposite Balakrishna, while Duniya Vijay, and Varalaxmi Sarathkumar are the ensemble cast. Naveen Yerneni and Y Ravi Shankar are producing the film, while acclaimed writer Sai Madhav Burra has provided dialogues. Rishi Punjabi is taking care of the cinematography, while Navin Nooli is handling editing and AS Prakash is the production designer. Ram-Lakshman duo and Venkat are the fight masters.

On the other hand, Mass Maharaja Ravi Teja is playing a mighty role in ‘Waltair Veerayya’. Shruti Haasan is the leading lady opposite Chiranjeevi. The film is produced on a grand scale by Naveen Yerneni and Y Ravi Shankar of Mythri Movie Makers. Arthur A Wilson cranks the camera, whereas Niranjan Devaramane is the editor and AS Prakash is the production designer. While the story and dialogue were written by Bobby himself, Kona Venkat and K Chakravarthy Reddy penned the screenplay.