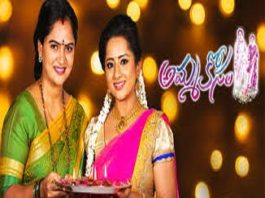 Allu Arjun starrer ‘Ala Vaikunthapurramuloo’ is one of the highest-grossing films in the actor’s career. Apart from the gripping screenplay and the stellar performances, S Thaman’s music had contributed largely to the success of the film.

Recently, the hit number ‘Butta Bomma’ has achieved a massive feat by crossed 450 million views with 2.9 million likes on Youtube. Even before forgetting that record, Ramuloo Ramulaa song from the Trivikram directorial has received another rare record by garnering 250 million views.

Now, the all-time melody “Samajavaragamana” video song has received 1 million likes on the video-sharing platform.Ala Vaikunthapurramuloo also features Tabu, Jayaram, Sushanth, Navdeep, Nivetha Pethuraj, Samuthirakani and Murali Sharma.
On the work front, Allu Arjun is currently shooting for Pushpa. Touted to be an action entertainer, the film is based on red sanders smuggling. Directed by Sukumar, the film stars Rashmika Mandanna as the female lead.