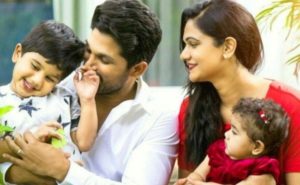 Allu Arjun is refusing to take foot of the pedal in spite of creating lot of hype around his upcoming film Ala Vaikunthapuramulo.

He is coming up with crazy ideas to keep the film buzzing across social media platforms.

Two songs from the film are currently the most played songs on all FM channels and streaming platforms.

The third song OMG Daddy will be launched shortly. Teaser for this song will be released tomorrow on the occasion of Children’s Day.

The song teaser has been shot on Allu Arjun’s adorable kids Allu Ayan and Allu Arha, according to sources.

This teaser will be launched tomorrow at 10 AM and it is likely to make so much noise as fans cannot ask for a better treat on Children’s Day.

Allu Arjun is thinking out of the box for Ala Vaikuntapuramulo promotions and is setting the bar high for the competition.