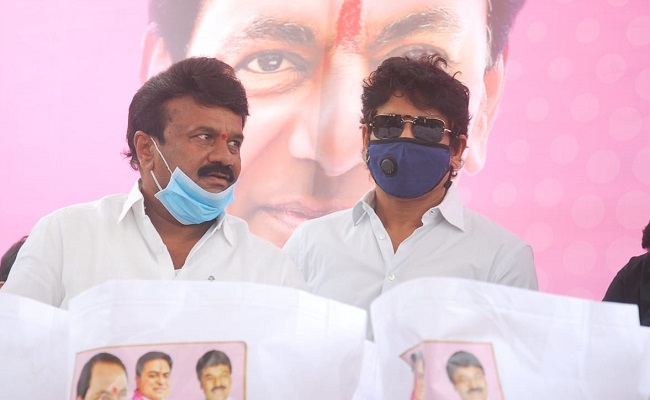 We must say that, Tollywood is fortunate to have Talasani Srinivas Yadav as the Cinematography Minister.

Today, he along with his son Talasani Sai Yadav donated daily needs to nearly 14000 daily wage workers of 24 crafts at Annapurna Seven Acres.

This is not a government program. Talasani did the charity work through his Talasani Trust.

Most of the former Cinematography Ministers did not think much about the welfare of Tollywood.

However, Talasani who shares good relations with several stars and filmmakers is winning hearts with his noble gestures.

He will remain in good books of the industry for his contribution for the poor workers in Tollywood.