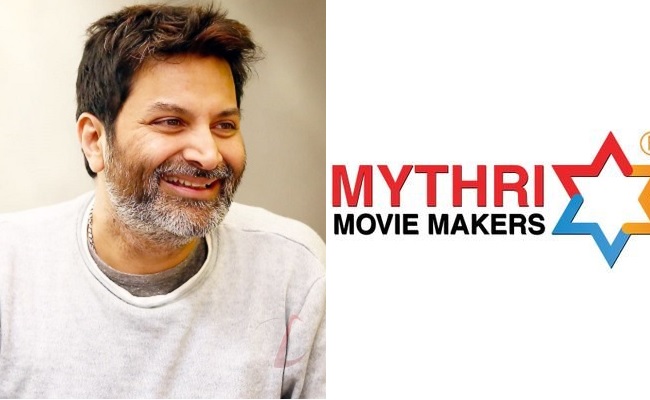 Trivikram was paid a hefty advance by Mythri Movie Makers during the early days of their entry into Tollywood. But Trivikram never did a movie for Mythri as he was comfortable working for Harika Hassine Creations.

When Trivikram thought of fulfilling the commitment after Agnyathavasi, Mythri Movie Makers refused to sign up Mahesh and suggested to go with Nani.

Irked by this, Trivikram decided not to work for Mythri and did Aravindha Sametha with Tarak. Mythri reportedly created troubles for Trivikram at that time.

Radha Krishna of Harika Hassine stepped into clear the issue by offering Rs. 8 cr which is double the amount they paid to Trivikram.

But Mythri Naveen refused to take the offer and demanded Rs. 12 Cr. The issue was obviously not settled then and it has resurfaced again after the announcement of #NTR30 with Trivikram.

If the buzz is to be believed, the issue has been settled as Trivikram agreed to pay Rs. 11 Cr to Mythri Movies in place of Rs. 4 Cr advance that he took years ago.

However, we are hearing reports that Naveen is not willing to take Rs. 11 Cr and instead demanding Rs. 16 Cr.

We will get clarity regarding the whole issue in a couple of days.