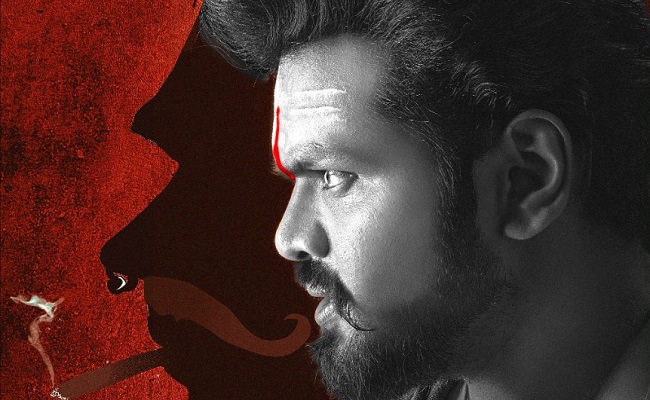 In the quest of making strong comeback, hero Manchu Manoj took long break. And when he was bowled by debutante Srikanth Reddy’s script, Manoj decided to produce the film titled Aham Brahmasmi on lavish budget without compromising on production standards. When the film’s shoot is in the midway, corona outbreak and the subsequent lockdown forced to stop all the activities.

Today, on the occasion of Manchu Manoj’s Birthday, a latest poster is released. As shown in the poster, Manoj plays Rajah Of Vikramasimhapuri. In the background, a silhouette image of an old man is seen. Manoj looks aggressive here.

Aham Brahmasmi is being made as Pan India film on large scale. Already the film is carrying good buzz, thanks to intriguing first look poster that was revealed during its launch. Now, the new poster sets the bar high for the film.