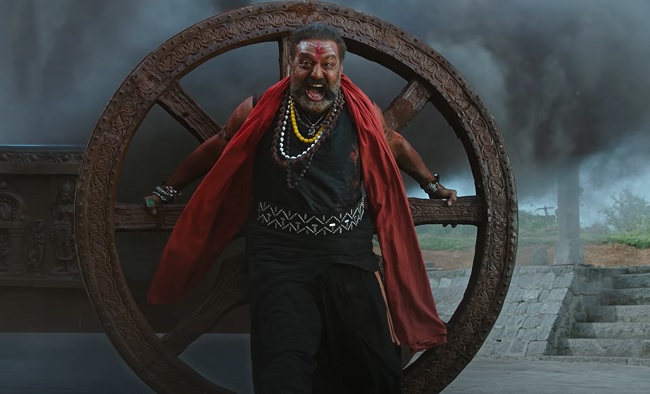 If you feel two teasers and theatrical trailer was not enough, the team Akhanda offers pre-release teaser which was unveiled by Allu Arjun.The teaser gives more importance to Aghora character played by Balakrishna, though it shows the other dimension as well.

It has intense dialogues and powerful action blocks. Balakrishna roars like a lion in the role of Aghora.“Devudni Karuninchamani Adugu… Kanipinchamani Kaadu,” thunders Balakrishna and his energy is truly unbelievable.

The teaser also shows all the prominent character of the film including Pragya Jaiswal, Srikanth, Jagapathi Babu etc.Boyapati’s extraordinary taking is what makes the teaser look massier, wherein Ram Prasad’s camera angles bring vigor to the visuals and of course Thaman takes the narrative to next level. Production values of Dwaraka Creations are top-notch.