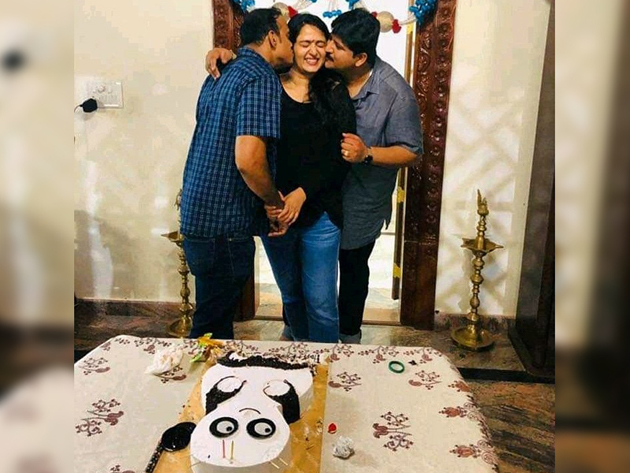 Anushka Shetty is one of the very few actresses who was able to keep her personal life under wraps for such a long time. Her star heroine status never affected her family as they don’t face the media quite often. Recently, Anushka’s one such adorable moment with her brothers became viral on the internet and is winning everyone’s hearts.

Sweety celebrated her birthday on November 7th with her family members. Her social media accounts were flooded with wishes by her fans on that day. Nearly a month after her birthday, the photo of Anushka getting kissed on both the cheeks by her brothers Gunaranjan Shetty and Sai Ramesh Shetty came out on the internet. With both the brothers standing by her side, Anushka smiling cutely very endearing to look at.

She is currently working on ‘Nishabdham’ directed by Hemanth Madhukar. Madhavan, Anjali, Micheal Madsen and others are playing key roles in this film.