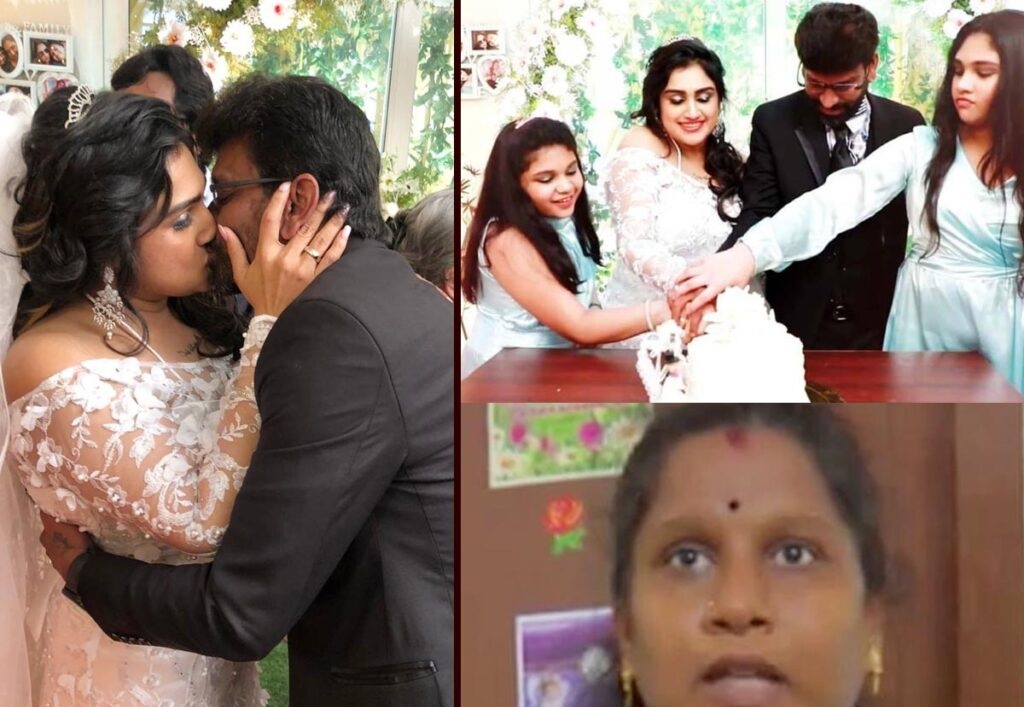 Vanitha Vijayakumar, daughter of senior Tamil artist Vijayakumar, has married a VFX director Peter Paul in a private wedding event on 27th June. She was married twice already (to Akash in 2000 and Anand Rajan in 2007), before getting separated officially. While both of her daughters, Jovitha and Jaynitha, were in supportive of Vanitha third marriage, the problem emerged from Peter’s side.

A day after Vanitha’s wedding with Peter, his ex-wife Elizabeth Helen had filed a case against Peter at Vadapalani PS in Tamil Nadu. According to Helen, Peter married Vanitha without officially divorcing her and he has been reportedly living with the former actress from last 7 years leaving away their two children.

Actress Vanitha, who said that she is very happy marrying Peter, stated that she is shocked with the complaint and stated that Peter’s former wife is doing it with a view to demand Rs 1 Crore from him. Telling that they (Vanitha and Peter) would handle it legally, Vanitha said neither of them have so much money to give to Helen.

Earlier in 2018, Actress Vanitha filed a case against her father Vijayakumar for pressurising her to vacate the house she is living. She approached Civils Court claiming that the property belongs to her mom Manjula Vijayakumar and she is legally entitled to stay in that house.