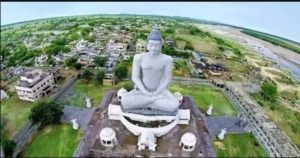 For the past few days, the ACB has been investigating into the scams that have taken place with respect to the lands that have been bought and sold in Amravati, including the ones that come under the CRDA bill.

The ACB had been investigating this case with the help of VROs and Surveyors, and the Special Investigation Team that was assigned to investigate the scams of Amaravati lands. After having investigated everything, the ACB has filed cases against several members involved in the scam, and has notified the government too.

Of the people against whom cases have been filed, former Advocate General of Andhra Pradesh, Dammalapati Srinivas is also one. The ACB has released an official statement, in which it states that Srinivas had abused his power and got favors done for himself and for the people close to him, in the form of asking for lands and plots, between the years 2014 and 2016. The statement also mentions that further investigation is still going on. Along with Srinivas, cases have been filed against 12 others as well.

On the other hand, members of the YSRCP have geared up to put pressure on requesting for a CBI enquiry regarding the CRDA lands scam, which also involves a huge scam with the AP Fibernet. The YSRCP had requested a CBI enquiry into this a long time ago, but the Center has not yet responded on it. With the parliament sessions having begun right now, the YSRCP is aiming to put pressure on the issue.

More details about the ACB investigation, and the YSRCP government’s actions in the parliament are awaited.