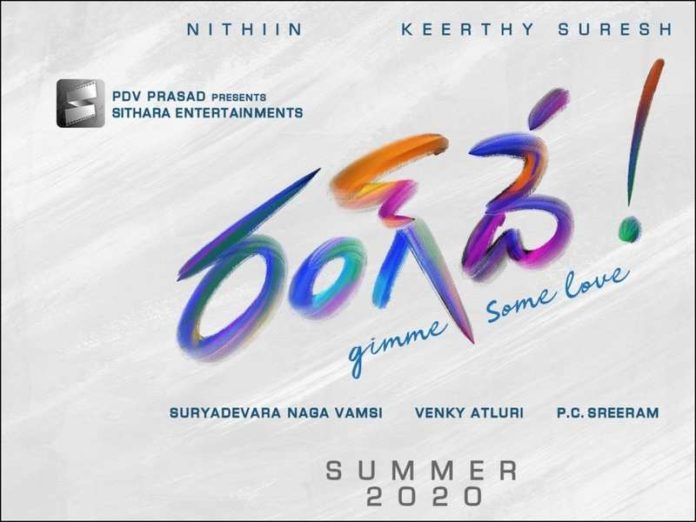 Nithiin’s Bheeshma has been wrapped up and promotions have begun. He has committed to doing People’s Media Power Peta but before that, he has to even finish Rang De starring Keerti Suresh.

The film is directed by Venki Atluri. The latest update is that the film is only forty percent completed. After the release of Bheeshma, he will join the shoot.

The director doesn’t want to confuse audiences by doing a simultaneous shoot because the production banner Sitara Entertainments is the same, Venky Kudumula is the director of Bheeshma and director of Rang De is Venky and also the hero’s name is Nithiin.

The remaining part of the shoot will take at least two months.