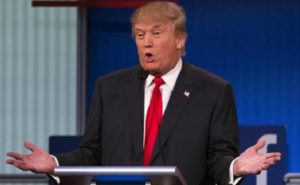 More than five in 10 registered American voters are betting on a second term for US President Donald Trump as he remains “highly competitive” in half a dozen battleground states most likely to decide on the election and will be rewarded richly in the path to the 270 electoral votes if all he does is too tirelessly woo (only) white, non-college educated whites.

These are insights from a clutch of newly released polls and studies that send a stark message to the Trump resistance: To beat Trump, the opposition has its task cut out – appeal to Trump’s core demographic of white non-college educated voters while keeping its own supporters in a close embrace.

In a Politico-Morning Consult survey released on Wednesday, 56 per cent of voters expect Trump to return to power in the November 2020 elections. More than one in three Democratic voters align with this view while Republican support for Trump remains high, at 85 per cent.

In the same poll, more than five in 10 (55 per cent) of those polled said they disapprove of Trump, and at least six in 10 (63 per cent) say the country has careened onto a totally wrong track.

These are the results of an online poll conducted early November among a national sample of 1,983 registered voters. Results from the full survey have a sampling error of plus or minus 2 percentage points.

Arizona, Florida, Michigan, North Carolina, Pennsylvania, and Wisconsin are battleground states that have earned their titles because of their outsize role in tipping closely fought elections.

In 2016, Trump pulled off a win based on his numbers in the Electoral College, although he lost the popular vote.

In 2016, 63 per cent of Trump’s key demographic white non-college voters voted Republican. This cohort represented 44 per cent of all voters in 2016.

“For Trump to win the popular vote, he needs, above all, to increase his support among his strongest demographic: white non-college voters. If he increased his support across states among these voters by 10 margin points, he would in fact carry the popular vote, albeit by just 1 percentage point. But if he increased his margin among Hispanics, Asians, and voters of other races by 15 points or among white college graduates by 10 points, he would still narrowly lose the popular vote (0.8 points and 0.2 points, respectively),” said Teixeira and Halpin.

White non-college voters make up more than 50 per cent of all eligible voters in the crucial Electoral College states Trump carried in 2016, including Wisconsin, Michigan, and Pennsylvania.

These data points link up in a straight line to the cultural grievance at the centre of the Trump propaganda machine, both in 2016 and today.

Trump, ever defiant, is already leaning into the same hardline immigration policies that fired up his base in 2016. While he does that, Trump never stops doing the battering ram routine about how Democrats are going so far left that they’ve all gone “crazy” and fallen off the mainstream.

All these polls are trickling in even as Democratic leadership in the House of Representatives has moved within striking distance of impeaching Trump. Public impeachment hearings begin next week, marking the start of big television moments starring career bureaucrats versus Trumpism.

Trump’s approval ratings have taken a beating since the impeachment inquiry began but they haven’t fallen steeply.

Even if by November 2020 Trump becomes the first President facing re-election after impeachment, the question then becomes – does it even matter?