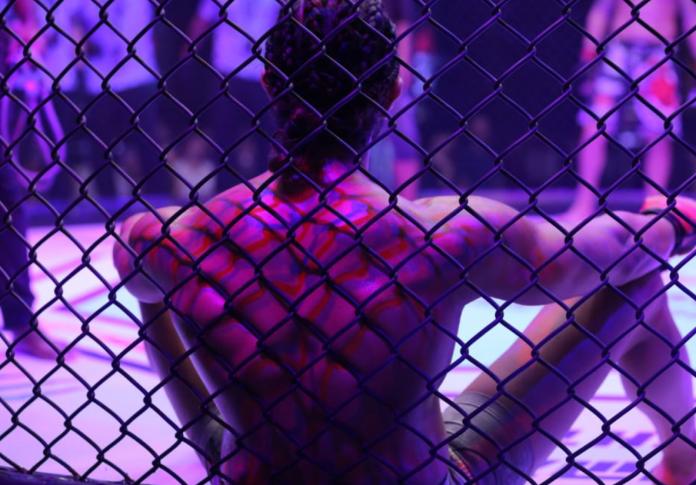 The shooting of Vijay Deverakonda’s highly anticipated actioner ‘Liger’ has resumed today in Goa. The first pan-India film of the Arjun Reddy actor kick-started its new schedule in high octane action sequences, and some important scenes will be canned.

A new poster from Liger has also been released where we can see Vijay Deverakonda as an MMA fighter getting ready to fight. He is seen resting in a caged MMA ring. The actor underwent a complete makeover, and he took training in mixed martial arts for this sports action thriller.

Bollywood actress Ananya Pandey is playing the female lead. Bankrolled by Puri Connects and Karan Johar’s Dharma Productions, Liger is being made on a grand scale without compromising on budget. The film will have a simultaneous release in Telugu, Hindi, Tamil, Kannada, and Malayalam.

The film has cinematography handled by Vishnu Sarma, while Kecha from Thailand is the stunt director. Ramya Krishnan and Ronit Roy are roped in to play prominent roles in Liger.