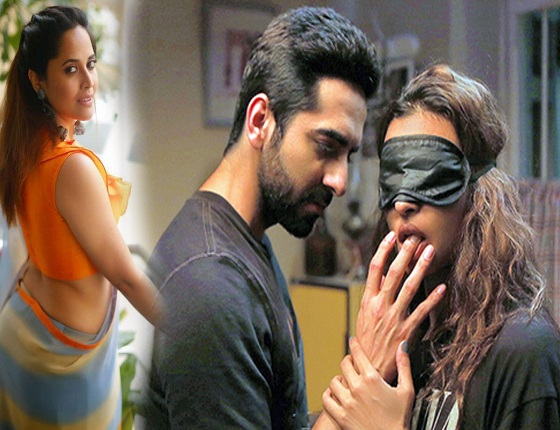 One of the big questions that come to our mind at the very thought of ‘Andhadhun’ remake is that who is going to play the role of Tabu in this. Because the original film featuring Ayushman Khurrana as a hero has Tabu in a terrific role of a villain as she stunned everyone with her intriguing acting prowess.

In the wake of the film’s Telugu remake launched today with Nithin as a hero and Merlapaka Gandhi as director, many are looking forward to seeing who will play Tabu in the local version. Actually the team of Nithin are said to be trying for Tabu’s dates and the actress is said to have quoted nearly 1 crore as her remuneration in order to star in the Telugu version. Though Tabu’s acts in Ala Vaikunthapurramuloo haven’t received any acclaim, it looks like the actress is in much demand due to that film’s success.

On the other hand, some of the creative folks associated with the remake are said to have suggested the name of Anasuya for the role as she will be charging somewhere nearly 10 lakhs to do the role. But frankly speaking, Anasuya may not bring as versatility and stardom to the role Tabu brought in Bollywood. So let’s see who will get cast for it.