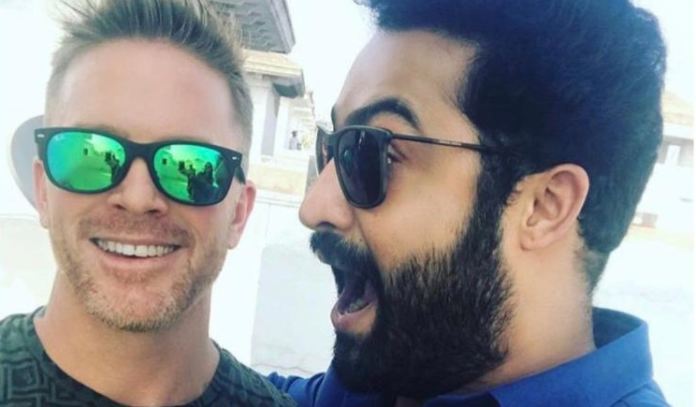 Young Tiger NTR will be celebrating his birthday tomorrow. With the birthday approaching, every one have waited for a surprise from RRR team from many days.

RRR team has released birthday special video of Ram Charan for his birthday and NTR fans have expected the same for their favourite hero’s birthday as well. But due to lock down, makers of RRR couldn’t do nothing about the special surprise. The other day they have tweeted that there will not be any special video.

This has thrown NTR fans into huge disappointment. They have at least expected a poster but that isn’t happening as well. While they are in distress, good news came from NTR’s trainer. Lloyd Stevens who has been working with NTR for his ripped look from some time has tweeted that there will be a special surprise for NTR fans on his birthday.

This has given something to cheer up for NTR fans and now they are awaiting and amused what could it might be. Any guesses?

So tomorrow being @tarak9999 ‘s Birthday, I have something special lined up for all his fans today… stay tuned and watch this space!! 😉@smkoneru