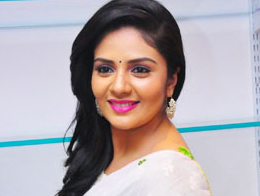 There’s a lot of buzz about weddings in the world of glamour. Tollywood stars are either getting married or getting engaged to their lovers.

In the world of Television as well, anchors like Rashmi Gautam and Sreemukhi are regularly hitting the headlines about their personal life.

Linkup rumors are not new to Rashmi Gautam. Rashmi Gautam recently responded about rumors of getting married to Sudigaali Sudheer. She has denied any relationship with him.

Now, Sreemukhi opened up about her love life as well. She said she’s single and not dating anyone.

Sreemukhi earlier hinted of being in a relationship but she has rubbished them now. She is not sure of a love marriage. She wants parents’ approval.